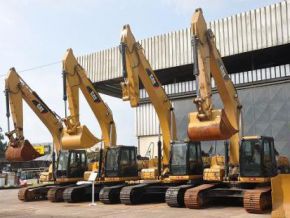 Is it true that the industrial zones of Bassa and Bonabéri in Douala can no more accommodate new companies?

Is it true that the two industrial zones of Bassa and Bonabéri in Douala, in the coastal region, are both already saturated?

“Industrial zones in Douala are overcrowded”. “Bassa and Bonabéri are suffocating”. “There is no more available space in the Bassa industrial zone”. People say it casually in Cameroon’s economic capital city but, this is true.

Indeed, in a press statement on October 16, 2017, Christol Georges Manon, managing director of the committee in charge of the management of Cameroon’s industrial zones (Magzi), confirmed that the industrial zones of Bassa and Bonabéri in Douala can more accommodate new companies.

Christol Georges Manon advised economic operators willing to settle in those industrial zones to turn to the industrial zone of Ombé, close to Limbé, which is around 30 minutes from Douala. He promised, however “the upcoming creation of a new industrial zone” in Douala.

Let’s remind that most of the 340 industrial companies in Douala are based at Bassa in Douala III and at Bonaberi in Douala IV.  Those companies operate in the sectors of metal processing, carpentry, painting, printing, water and energy, cement production...