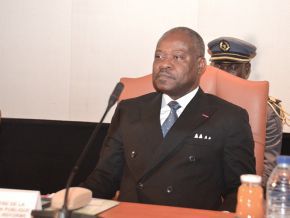 Did the minister of public work cancel the results of the session 2017 of ENEAM’s entrance test 2017?

It seems that there is an ongoing conflict between Michel Ange Angouing, Cameroon’s minister of public works and Linus Toussaint Medjana, director of National School of Administration and Magistracy.

stopblablacam.com confirmed through this article that there was an open conflict between Michel Ange Angouing, Cameroon’s minister of public works and Linus Toussaint Medjana, director of National School of Administration and Magistracy (ENEAM). The conflict is still ongoing between the two parties.

Indeed, in the evening of November 16, despite numerous emails by Michel Ange Angouing (mail which Linus Toussaint Medjana did not reply), the director of ENEAM published the results of the contest through the national channel CRTV without the permission of Cameroon’s minister of public works. This angered the minister of public works. So, that same evening, he published a statement to invalidate the results published by the director of ENEAM.

The statement read: " the announcement n°0993/Enam/DG of November 16, 2017, about the results of the oral tests for the test of entrance to select 405 students for cycles A  and  B  of magistracy administration and financial administration for the academic  year 2017-2018 has been  invalidated”