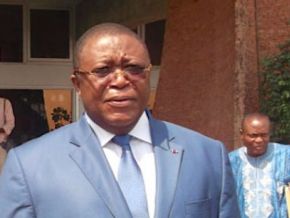 Jean Claude Tsila, prefect of Mfoundi, has suspended the group’s activities in Yaoundé.

For many months now, the group "Mission d'intégration et de développement pour l'Afrique" (Mida) has been operating in Yaoundé. For CFA12,000, it offers training courses ( civil and military crisis prevention, citizenship education, etc) to young people. It also promises that at the end of the training, it will give CFA60,000 to each participant to support their economic integration projects. So, it is attractive to the youth.

On April 17, 2018, the prefect of Mfoundi Jean Claude Tsila announced that the group had no legal existence and its activities had not been approved.

He informed that the MIDA was constituted of Cameroonians who are pretending to have funders who could send money to help the youth but, it is shady. According to him, seeing the group’s mission statement, its lack of legal existence and the networks it claims to belong, the authorities should investigate it.

He further revealed that the operations of MIDA has been stopped and its leaders arrested for investigations.