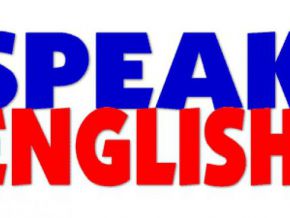 According to some people, an exam is scheduled to select 80 Anglophones for the 2017-2018 academic year.

Was a special recruitment session launched for people from the North-West and South-West regions to enter the Ecole Nationale d’Administration et de Magistrature (ENAM – National Administration and Judiciary School) by the public Administration for the 2017-2018 academic year? For many, the answer is “yes”. But this is not what says the press release signed on 15 May 2017 by Michel Angouing, Minister of Civil Service and Administrative Reform (Minfopra).

Michel Angouing however clearly wrote that, “based on the highest instructions from the President of the Republic prescribed in the framework of the resolution of the concerned expressed by some Anglophone lawyers, two exams for the special recruitment of 50 English-speaking prospective judges and public prosecutors and 30 English-speaking trainee court clerks into the judiciary and courts administration services division of the Ecole Nationale d’Administration et de Magistrature, were opened for the 2017-2018 academic year”.

A careful reader would note that this is about English-speaking applicants and not natives of the North-West and South-West regions. Because, even though these two areas of Cameroon are from the Anglophone culture, they do not have the monopoly of the English language.

Even Cameroonians of Francophone origin, thanks to the bilingualism in force in the country, can study in the Anglo-Saxon system and are therefore also eligible for this special recruitment at ENAM.

Moreover, the Minfopra specified, “applicants to this special recruitment will write their exam papers which will take place in the administrative capitals of the Central, Northern, North-West and South-West regions exclusively in English”. Which means that the exam will not exclusively take place in Anglophones regions but also in Francophone regions such as the Central and Northern regions.