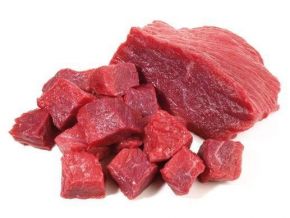 No there is no poisoned meat sold in Yaoundé's official markets!

A notice shared on social media warns not to eat crude (or even cooked) meat. Is it real?

For those who wish to eat some beef meat, make sure to purchase that which is well red and looks really fresh. If possible even, ask the butcher to show you the stamp from competent authorities proving that the product’s quality has been checked. That way, you are not likely to buy poisoned meat which many rumors claim to be circulating in Yaoundé.

These recommendations are from the delegate of the ministry of Husbandry, Fisheries and Animal industries (MINEPIA) for the Central Region (which includes Yaoundé), Marc Arthur Mveng. The official was addressing State newspapers Cameroon Tribune, last week, June 14. Regarding kebab lovers, be it meat or soy-based, they should beware of the products’ cooks.

Truth is, there is a black market for meat in most of the country’s major cities. In these places, with questionable hygiene, meat is spread on makeshift stands and sold very cheap, at about CFA300-500 half a kg while it is normally sold at CFA2500 per kg (with bones). 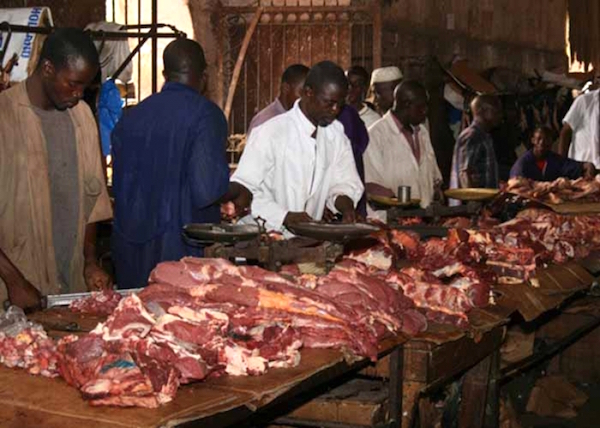 In some cases, the meat cost even less attracting many customers. Gullible and unfortunate are those who believe in such glimmering opportunities as many such « giving » butchers happen to inject formaldehyde (used for embalming) in the meat in order to preserve longer than it should. An investigation was actually initiated regarding this case.

So, to make things clear, M. Mveng explains how to differentiate meat that can be consumed and that which is not, saying: “Meat containing formaldehyde does not look fresh. It rather looks like already cooked meat. It is brown and quite irritating to the eyes, nostrils and hands coming in contact with it. It is dangerous”.