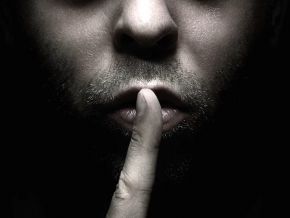 Is the Cameroonian military subject to the rule of confidentiality?

Most believe the members of the army, the "Grande muette" as it is known, are not subject to the rule anymore.

Recently, many believe the law of confidentiality is no more imposed in the Cameroonian army as videos showing military personnel taking about the fight against Boko Haram in the Extreme North circulate around. Quite strange knowing that the army was nicknamed “La Grande muette” or great mute in the country.

To put back things in order, the minister of defense, Joseph Beti Assomo, decided to refresh the minds of those infringing the law, recalling a statement dating from July 19, 2016. In the document, the minister said: "I have been notified on multiple occasions that members of the defense forces, at various positions, have discussed with media, and went on disclosing on social networks especially, information related to their mission and activities, thus breaking the rule of confidentiality which is major principle in the army and the police”. “These actions, added to rave articles about some military officials, originate, or at least, recorded the contribution of military personnel. They can hurt those operating on the field and weaken the military institution itself. They must therefore be stopped immediately,” Beti Assomo warned.

The minister of defense thus urged all high-ranking officers of the army to teach their personnel about their duty to remain discrete and tell them the sanctions to which they expose themselves by breaking the rule. “In all cases, interviews with media must be approved by a competent officer or the chain of command,” highlighted the minister