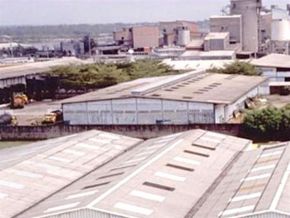 Does Magzi, the agency in charge of Cameroon industrial zones’ management, sell lands?

Some people say that lands managed by the agency in charge of the management of industrial zones (Magzi) are sold at competitive prices.

Christol Georges Manon, the managing director of the agency in charge of the management of industrial zones in Cameroon (Magzi), wish to put an end to this lie. He stressed in an official statement, on October 13, 2017, that the agency he manages does not sell lands.

“The managing director of Magzi would like to notify the general public that unlike what is being said, Magzi does not sell lands it manages. Magzi leases them over a long period to any economic operator who wishes to operate there”, Christol Georges Manon clarified.

He also added that he thus declines any liability in the transaction of some “shady individuals” about these lands. At the same time, he warned them of the risks they expose themselves to by undertaking these illegal transactions.

These warnings are the result of an advertisement posted in the press on October 9, 2017 according to which Magzi supposedly put up a 3,000 m² land for sale in the industrial zone in the south of Yaoundé at the place called Mvan.