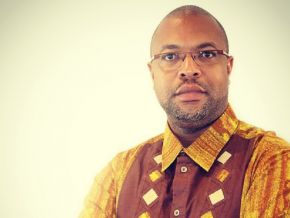 Has Paul Mahel really signed a work contract with CRTV?

It is said that the Cameroonian journalist who resigned from Vox Africa has just signed a work contract with CRTV, the public television. True?

The next working place of Paul Mahel has been the topic of many suppurations, since he resigned from Vox Africa in December 2017.

Following rumors that he was working at Vision 4, some people claim that he has actually signed a contract to work at Cameroon Radio Television (CRTV).

It is not true. “I have never been in talks with CRTV and, I am currently in my house in Douala”, he wrote on his Facebook page.

So, he still expects “a serious and ambitious proposal”.

The same rumors announced that Jean Bruno Tagne, journalist at Canal 2 International and Martin Camus Mimb, manager of de Radio Sport Info (RSI in Douala) are working at CRTV. As far as Martin Camus is concerned, this is not going to happen soon but for Jean Bruno Tagne, nothing has been said now and everything is possible.