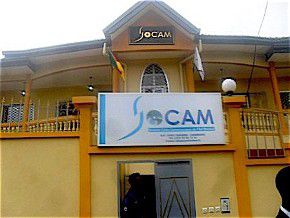 Is Socam, the company in charge of managing copyrights for musicians, illegal?

It is said that this collective management company has no legal status. Is there any truth to this?

Many observers and musicians are questioning the legality of Socam. Indeed, Socam has been illegal since its creation in 2008 by the former Minister of Arts and Culture, Ama Tutu Muna. “This company was founded when CMC, the previous copyrights management company for musicians had not yet been liquidated”, recalls Justin Blaise Akono, journalist, also author of the book “Cameroun. Qui a étranglé le droit d’auteur ?” (Cameroon. Who killed copyrights?). He specifies that the 19 December 2000 law on copyrights stipulates in Article 75 (paragraph 2) that there cannot be two companies for the same arts category. Legal safeguards which, obviously were not respected by Ama Tutu Muna, who just took away CMC’s approval.

The same scenario took place on 15 May 2015 when the same Minister ineptly liquidated Socam to create Socacim. A company strongly disputed by the Prime Minister (PM) himself. Which led to a political struggle until the Head of the government (PM) called the end of the timeout by renewing Socam’s authorisation.

The Prime Minister already had as a project the merger of Socam and CMC chaired by singer and jurist Sam Mbende. CMC is legally the only company allowed to operate; having won at the Supreme Court against Ama Tutu Muna who wanted to impose the newly created Socam.

However, the term of the members of CMC’s general assembly expired ages ago. In the end, Socam is illegal just as Socacim. CMC will therefore merge with a company with legal standing. To avoid any inconvenience, the players in the upcoming merger requested from the management of the 3 companies that “they withdraw their complaints related to administrative decisions”. This is the state of the copyrights sector for musicians in Cameroon. And we are not at the end of it all...