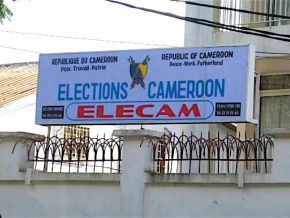 Does registering on the voting list leads to the immediate issuance of a voting card?

According to some, future voters first receive a receipt before the card itself is issued.

As the registration on the voter’s list will come to an end on 31 August 2017, a debate has started in the general public: “does the registration automatically lead to the issuance of a voter’s card?”. If there are many answers to this questions, Elections Cameroon (Elecam), the institution in charge of organising elections in the country, decided: “All registered voters receive a biometric voter’s card bearing their last names, first names, date and place of birth, filiation, photo, fingerprints, profession, domicile or residence”.

But, Elecam specifies, prior to establishing the voter’s ID, a receipt is issued which should be brought when withdrawing the card. And on this point, Elecam brings some clarifications.

According to this organisation, voter’s cards can only be issued to the concerned individuals when the ID card or receipt given during the registration is shown.

Therefore, voters’ ID which have not be handed over to their owners are left at the poll station where they registered. They will remain there, available to the owners until the end of the election.

For renewals or new registrations on voting lists, the distribution of cards will take place during the forty days prior to the election date.