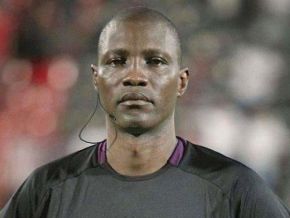 Yes, a Cameroonian referee will preside over the AFCON2019 final match

It is said that the Confederation of African Football (CAF) has chosen a Cameroonian referee to preside over the finals between Senegal and Algeria in Cairo. Is it true ?

For hours, there has been a social media rumor indicating that a Cameroonian referee was chosen by the Confederation of African Football to officiate the AFCON 2019 final game to be played today July 19, 2019, in Cairo, Egypt.

Some people are doubting this information since previously, a South African, Victor Gomes was indicated by the CAF to preside over the said match.

This information is true. CAF did choose the Cameroonian Alioum Alioum to preside over the match. It is indeed indicated in an official document, which also reveals that he will be assisted by two Cameroonians. 37-year old Alioum Alioum presided the opening match between Egypt and Zimbabwe on June 21. This will be the fifth time he is officiating important AFCON matches. The past four were the 2012, 2013, 2015 and 2017 editions.