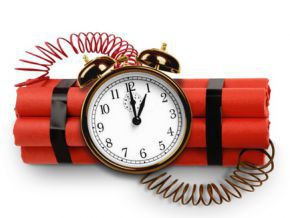 Is it true that suicide bombers are no more wreaking havoc in Northern Cameroon?

Some people claim that suicide bombings are now rare in the Northern part of Cameroon. Is it true ?

Though the Boko Haram sect is gradually disappearing from the minds of people living in south-Cameroon, it still continues exactions in the northern part of the country. A journalist residing in this region reported that there was an attempted attack early morning on Tuesday 17, 2017 at Limani, a district of the extreme North. He reported that two suicide-bombers (girls) were detected and restrained by members of a vigilance committee.

He also revealed that immediately after, one of the young girls triggered her explosive charge to kill herself. Doing so, she killed both herself and her mate who was approximately her age. Limani has been targetted many times by terrorists. We may recall the attack in May 2017 reported by the press. It had killed three people.

To counter these terrorist attacks, the government leverages on vigilance committees. They are groups of people who help militaries identify suspicious individuals, packages. The Boko Haram threat is not completely suppressed in the area close to the Nigerian border.