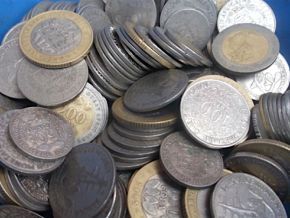 Is it true that Cameroonians require a commission for breaking bank notes?

At some places in Douala or Yaoundé, it is true that some people require a commission for making change. But, people do not talk about it often because it is now an everyday practice. People can freely go to those informal “bill breakers” who ask a commission.

“For a CFA1000 note for example, the bill breaker will collect CFA100,” our source used to the deals confirmed. “Small change is often hard to come by, so, we turn to bill breakers to get it”, another source added.

A casual breaker we met at the place called “Avenue Kennedy” says he believe that they are helping people, and not ripping them off like some people claim. “Some people think that it is a rip-off to collect a percentage on any bank note we change. I think that we are helping people who need coins,” he explained but, he also acknowledged that the practice is prohibited by the Cameroonian Law which categorizes it as usury.