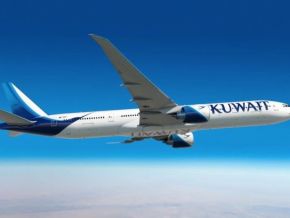 No, Cameroon did not have to pay for the flight tickets of the 8 Cameroonians enslaved in Kuwait

Rumors have it that those girls spent a long time in Kuwait because Cameroon was unable to disburse the funds necessary for their repatriation. Truly?

A controversy was raised following a communique issued by the minister of foreign affairs Felix Mbayu, on October 14, 2018, informing that the eight Cameroonians enslaved in Kuwait had been repatriated. According to the controversy, Cameroon’s government paid for their flight tickets.

Questioned about this, the ministry explains "Cameroon did not pay for the flight tickets of those girls neither  did it pay for the 2,146 citizens repatriated from Libya, Morocco, and Niger for one simple reason: in their agreement, the two governments involved had shared the roles. Cameroon informs Kuwait of the cases reported by families. Kuwait then informs Cameroon’s embassy in Saudi Arabia of the cases they have identified. It is then up to our embassy to check their nationality  [if they are declared to be Cameroonians]  and give them a pass. It is only after this that Kuwait buys them flight tickets to return to their country”.

"It is important to note that more than fifteen countries are involved. This could extend the waiting periods and our girls’ sufferings. It should also be noted that Riyadh, where our embassies are located, is not that near. The embassy then works with some volunteers who scour the camps in which these girls are gathered and report their findings on a daily basis”, the ministry adds.

The ministry also explains that the repatriation of Cameroonians from the Maghreb is done according to a tripartite partnership which defines the role of each state in collaboration with the International Organization for Migration.