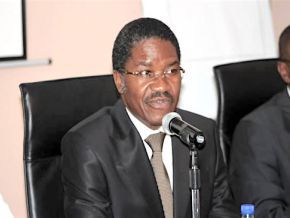 Since December 16, 2017, the shortage of BCG vaccine previously confirmed by Cameroon’s minister of health on December 6, 2017, is no longer relevant.

Whether the BCG vaccine, which is used against tuberculosis, is available or not was  once again the hot topic on the internet on December 18, 2017. According to some people, after the shortage confirmed by the minister of public health on December 6, 2017, the vaccine is now available. Others however believe this information to be wrong.

After our investigation, we gathered that André Mama Fouda, the minister of public health has effectively signed a statement in this regard on December 18, 2017, a copy of which we got.  According to the document, in the night of December 16, 2017, a load of this vaccine was delivered at the Yaoundé-Nsimalen international airport.

“Henceforth, the emergency procedure for the safe transportation of this vaccine to the 10 regions has been initiated, and the stocks should reach the accredited health centers within 72 hours”, the minister wrote. André Mama Fouda reassured parents whose children were expecting the vaccine that they will be available in their nearest health centers as of Thursday, December 21, 2017.