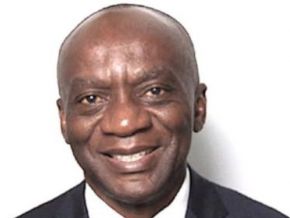 Yes, Joël Nana Kontchou has left his position as general manager of ENEO

The board of directors reportedly appointed Eric Mansuy as the new general manager of the utility company.

Has the CEO of Eneo resigned from his position? The question has been around on social media since November 28, 2019. While some answer that this is true, others, on the other hand, raise doubts, especially since the company in charge of the electricity sector is still silent.

In its investigation, Stopblablacam was able to obtain an authenticated internal message from Mr. Nana Kontchou to his employees. “Dear teammates, after more than five years at Eneo, I am leaving the position of General Manager on 28 November [2019]. From January, I will be working on other projects focusing on knowledge sharing and socially responsible investments,” the manager wrote.

As he leaves Eneo's head office, Mr. Kontchou believes that the company's foundations are a little more solid: obtaining an extension of the concession for an additional 10 years, connecting more than 450,000 new customers, access to electricity at around 65% compared to 56% in 2014, etc. The Board of Directors has appointed Eric Mansuy as the new general manager of Eneo. He was previously Deputy General Manager in charge of distribution and trade at Eneo Cameroon.