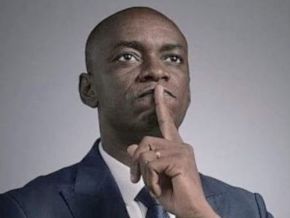 No, the opposition did not elect any member of the ruling party as mayors in Makak and Matomb

Some say that despite winning the municipal elections in the two municipalities, the PCRN has still elected members of the ruling party as mayors in the stead of its own members. True or False?

Some news circulating on social networks reports that the mayors appointed to lead the municipalities of Makak and Matomb (Nyong-et-Kéllé department) are from the ruling party, the Cameroon People’s Democratic Movement (RDPC), contrasting with the fact that the municipal elections held on February 9, 2020, were won by Cabral Libii”s National Reconciliation party (PCRN).

This would mean that local councils of the PCRN have voted for mayors proposed by the RDPC. However, it would be quite odd for an opposition party that won the polls with more than 50% of the votes to elect members from the ruling party as mayors; this would also be against the law.

After verifying the statement with competent authorities, it appears that this is fake news. Anne Féconde Noah, spokeswoman for Cabral Libii says: “This is impossible, legally, not to say absurd. Having won the most votes in the past municipal elections, RDPC members are automatically out of the race, so there wouldn’t even be any talk of sharing seats. The mayor’s office is 100% PCRN.”

Sources contacted locally indicate that the municipal executives appointed in Matomb and Makak are indeed PCRN municipal councils. The mayor of Makak is Jean Jacques Mbogol. In Matomb, the FP mayor is Fils Hubert Nyobe.