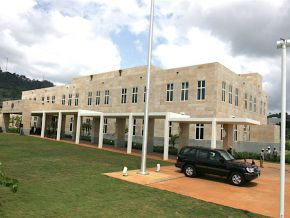 This is, apparently, an order issued by the United States embassy in Yaoundé.

The rumour has been going around on social networks that American citizens were instructed to “leave the South-West and North-West Anglophone regions”.

Which is not true based on the communiqué published by the United States embassy, on 14 February 2017. It reads: “the Cameroonian government has suspended mobile telephone and internet services in the North-West and South-West regions. American citizens in these regions must exercise caution and find other means to keep in touch with their families and friends”.

The American diplomatic representation points out that, even demonstrations meant to be peaceful could turn violent and lead to confrontations. “You must avoid areas where demonstrations are taking place, and be careful when close to large gatherings”, the embassy advises.

Americans are also invited to check their personal security plans. “Remain highly vigilant and take appropriate measures to improve your personal security. Follow the instructions of local authorities”, the embassy insists. Without requesting for the moment that they leave the Anglophone regions.