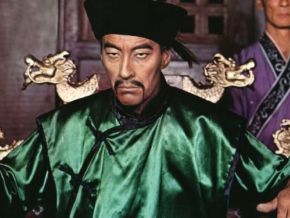 Did Chinese nationals torture a Cameroonian woman in a video shared on social media in March 2017?

On said video with a duration of 1minute 30 seconds, we can see several men surrounding a young woman, heavily beating her head with a wooden beam and given her several  punches in the face.

The editorial team of the Observateurs from the French television channel France 24 just stopped a fake info going round on social networks since early March 2017.

The fake info relates to a video of 1min 30 sec on social networks, in which we can see several men surrounding a young woman. The torturers heavily beat on the cranium of their victim with a wooden boom and give her several blows in the face. She passes out, then has seizures. The men surrounding her then attempt to get her to stand up before she passes out.

In Cameroon, alarming messages have been forwarded with these video. “My dear compatriots look at the work of Chinese people in Cameroon. They kidnap small girls, take them to the bush to kill them. Please be very careful!”, wrote a user on WhatsApp.

Another one writes: “Good day to all the video of the young girl who is being murdered by men I want you to share it with all your contacts so that the entire world would know what is happening in my country Cameroon assassins unpunished”. Many other similar messages are shared on social networks.

Based on France 24 research, this video was filmed in Brazil, probably in the South-Eastern region of this South American country. The men in the video speak Portuguese, with a typical accent of this area of the country, according to several sources from Brazil contacted by France 24.