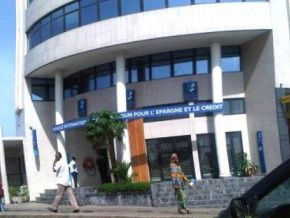 Based on a certain opinion, the French enjoy a certain immunity even though they occupied positions of responsibility in Banque internationale du Cameroun pour l’épargne et le crédit (Bicec) during the misappropriation between 2003 and 2013.

During a press conference on 10 March 2017 in Douala, Jean Baptiste Bokam, President of the Board of Bicec commented on a persistent rumour. Rumor according to which there is a witch hunt against cameroonians only in the Bicec financial scandal (2003-2016), the subsidiary of French group BPCE. As proof of this, the rumour argues, only Cameroonians were arrested in August 2016: Innocent Ondoa Nkou, former deputy Managing Director of Bicec for 20 years, Benoit Ekoka, chartered accountant, Samuel Ngando Mbongue, former Accounting and Treasury Director and Martin Nyamsi, service provider through his company “Interface”.

Based on the clarifications given by Mr Bokam, it is not a targeted justice. “This is a case handed over to the justice system. And we filed a complaint in which we did not target this or that person. It is a complaint against person or persons unknown. As soon as the magistrate starts his investigations, as it is an area where only facts will guide his convictions, he orders arrests depending on the evidence. Either while reviewing documents. Or while auditioning witnesses. But only facts guide the convictions of the judge to arrest this or that person”, explained the Chairman, who is also State Secretary in charge of the National Police.

Jean Baptiste Bokam added: “the magistrate questioned Cameroonians and expatriates. But he selected those who, in his opinion were strongly suspected of having committed offending acts. But it is evident from his investigations, he had to summon all those who worked in purchasing and supply chain”. And the Chairman concludes: “I will even go further to tell you that some former managers who are already in office somewhere else, abroad were summoned and came back to provide answers. But you cannot ask a magistrate to absolutely hold someone because a balance must be established between the Cameroonians and expatriates “.

As a reminder, a complaint against persons unknown was lodged on 1 June 2016 by the legal counsels of Bicec at the Criminal Court of Douala for misappropriation of funds.

The people arrested are suspected of having set up, over close to 13 years, a system of fictitious contracts which avoided audits during this time. Bicec declared that it cannot yet comment on the financial losses of the bank because investigations are ongoing.