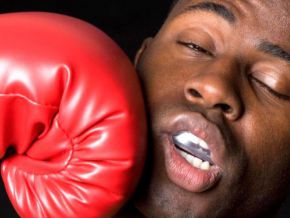 The news has been spreading that people died after a night of violence. True?

A group of young louts took parts of the New-Bell neighbourhood hostage yesterday during the night. They had planned to exact revenge on behalf of their friend by bludgeoning anybody and hitting them with machetes.

Said friend, a thief, had been severely beaten during a mob justice act. He later on died due to his serious injuries. And that is how the criminal’s friends decided to sort out their issues with their companion’s executioners. That Tuesday, they ransacked shops, stole and mugged people in the area known as “Babylon”.

After their actions, the enraged men took a break and convened to meet up again on the following day, thus Wednesday 15 March, in the evening. At the set time, they found a supercharged population over-protected by the police. Then followed a scene which would fit right into an action movie. Peace only came back after hours of fighting.

Result of this insane Wednesday night: no death but many injured, according to a neighborhood supervisor and official sources.

A kind of curfew was ordered by the governor of the Littoral region. This measure, it seems, is meant to flush out the gang of criminals and bring back peace in this area rivaling with the Far West.