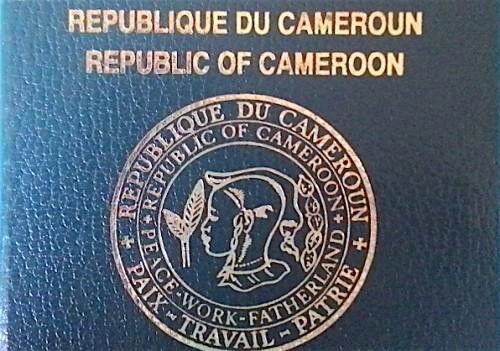 No, passport requesters don’t have to pay extra to get it processed faster

Facebook posts claim that passport requesters should pay more money to get their passports delivered faster. Is this true?

Recently, a post surfaced on Facebook claiming that to quickly get a Cameroonian passport, users have to pay more than the required fee. According to the post, the more you pay, the quicker you have your passport. For instance, if you pay the usual fee which is XAF75,000 you will have your passport within 12 months. On the other hand, if the user pays XAF200,000 the passport will be ready within a week.

Even though there are issues in passports’ issuance in Cameroon, the claim is not true. Fact is, a side market has been developed by some people inside and outside the General Delegation for National Security (GDNS). Let’s note that in February 2019, the GDNS had informed that users should not pay more than the usual fees for passport processing.

In April 2019, one of our readers reached out to us explaining that the passport he required since November 14, 2018, has not been released at the time. So, Stopblablacam conducted a small investigation.

Under the pretense that we wanted to renew an expired passport, we contacted two police sources. They did not know each other but they discreetly acted as middlemen for passport processing since they know people inside the border directorate at the GDNS.

This business seems flourishing because, pretexting that there is a shortage of the materials used to produce passports, the policemen we contacted asked us to pay XAF150,000 otherwise, our passports could be delayed. According to them, with this price, we would be provided with the same services as VIPs are provided during such shortages. They informed us that once the money is paid, the "client" will have their passport the following day. The offer seemed tempting but we tried the normal procedure. It took us 4 days to receive our passports.

To start the passport establishment process, the requester should request a hearing with the head of the border directorate. We did that. The first day, we didn’t receive our authorization to have the hearing because there were many people requesting such service, and every day.

The second day, we received our authorization. While within the institution, we noticed some discreet middlemen with their "clients" (about ten of them). After the hearing, we were asked to come the following day at 8 A.M.

The third day, things went fast. We were handed the passport application form.  We spent XAF1,000 for stamping, and XAF2,000 for pictures and XAF75,000 on the fees. The following day (day 4), we (and some requesters we met at day3) were handed our passports without paying any extra.

Some requesters may spend more than we did. For instance, a source explained that some months ago, he spent XAF86,000 for his passport because he told a middleman that he needed it urgently.

The best thing to do to avoid falling prey to middlemen is to be patient and go through the normal process. In our case, the process was fast unlike the 12 months claimed.