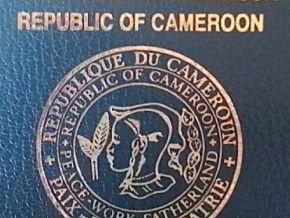 No, passport establishment fee has not increased to XAF200,000 in Cameroon

Some people claim that the minister of finance submitted a proposal, in the 2020 finance law, to raise the fee set at XAF75,000. Is it true ?

“A passport at XAF200,000; this is the proposal submitted by  Louis Paul Motaze in the 2020 finance bill.” This allegation was going round social networks indicating that the Minister of Finance, Louis Paul Motaze, is moving to increase passport establishment fee in Cameroon. This is false information.

In the 2020 finance law, recently approved by parliament, there is no mention of an increase in passport establishment fee from the current XAF75,000 to XAF200,000.

At the passport production centre in Yaoundé, the denial is clear: “The passport establishment fee is still XAF75,000. We have not received any instructions to increase the cost of this travel document,” explains a reliable source. Nevertheless, the same source adds, “users who bypass the official channel or use illegal means are the ones that pay more than the official XAF75,000 to obtain their passports.”