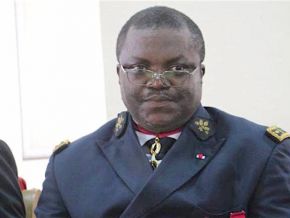 Yet, some of his collaborators issue messages in his name to illegally require for money.

On February 19, 2018, Samuel Dieudonné Ivaha Diboua, governor of the coastal region signed a statement to warn his collaborators who take part in the fraudulent schemes observed.

“The governor of the coastal region informed economic operators and various users that some of his collaborators have signed messages inviting people to send money to his office in order to fund the organization in the upcoming government’s activities”, he wrote.

The governor explained that he is against such practices and invite victims to notify him.

According to him, such practices “discredit government”.