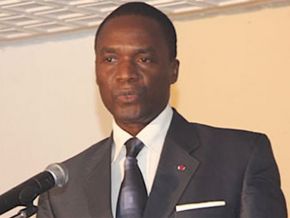 The deaths would be the result of a collision between two vehicles at Yaoundé North entrance, on 15 February 2017.

“It is whispered that a coach transporting student gendarmes to their training centre had an accident; with about ten deaths as a result”. This is the email received by the editorial team of stopblablacam.com on 20 January 2017.

Indeed, this email made reference to an accident which occurred on 15 February 2017 around the Northern entrance of Yaoundé, in Olembé. On social network, the rumour stated several deaths in this accident.

However to refute this gruesome story, Colonel Didier Badjeck, in charge of the Communication at the Ministry of Defence (Mindef), issued a communiqué on 15 February: “Before the news spread all over: the outcome of a military truck accident around Olembé transporting recruits to Koutaba is 58 injured. All cases transferred to the Regional Military Hospital are stable”. He added: “That day, Mindef immediately took care of the injured. There is no cause for alarm. We wish a speedy recovery to these young people who chose to serve their country by embracing armed forces careers”.

After Colonel Didier Badjeck, the Minister of Defence, Joseph Beti Assomo, published a communiqué this 20 February according to which, all victims of this accident are unharmed and have reached Koutaba for their training.