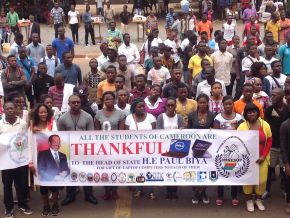 It is said that after waiting for a year, each university student will now receive their presidential computer. True?

The distribution of the 500,000 computers promises by the Head of State in February 2016 is still expected. The list of beneficiaries of this high tech presidential manna is not yet available. The outlines for the development of this list were announced in an injunction made the chancellor of the University of Douala to the dozen of Heads of faculty, Schools and institutes within his structure.

He urges them to welcome the experts who will soon work on the students’ biometric file. This famous biometric file seems to be the final prerequisite to identify “cop’s” and start distributing the laptops promised by Paul Biya.

Said devices are still being manufactured in China, according to the comments made by the Minister of Higher Education Jacques Fame Ndongo, during an interview granted to the television channel Canal 2 international, in December 2016.

In other words, after the laptops are manufactured and transported from Beijing to Yaoundé, all that remains is to set a date for the distribution tour. The students had, however, organised a march in August 2016 to thank the President.

This, still virtual, presidential donation was promised by Paul Biya in his 10 February 2016 address. It is the project “One student one computer” for the academic year 2016-2017. Said project is part of a vast “e-national Higher Education” program. 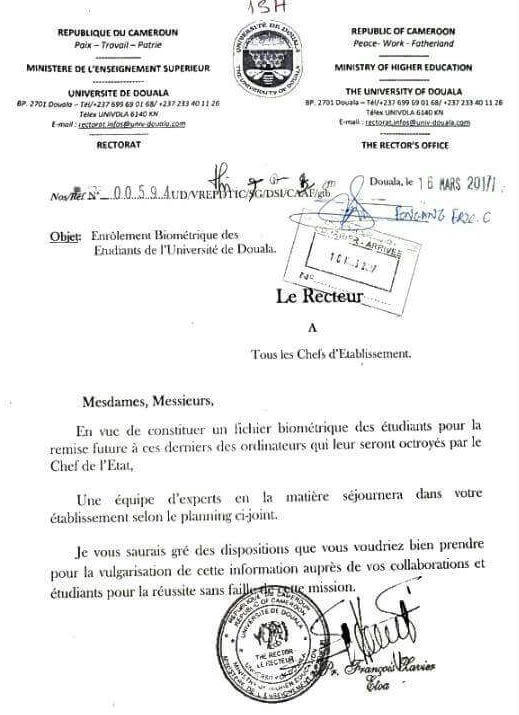