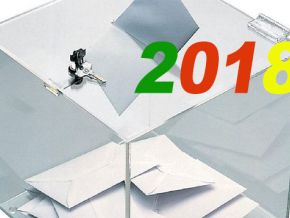 No, not all opposition parties refused to collect the aid provided for the presidential campaign

It is said that all the opposition parties refused to collect the government’s aid to their political campaign. True?

For the coming presidential election, there are 9 candidates. According to the electoral code, each of these candidates should be provided public funds for their political campaign but, the law does not state the exact figure of that amount.

For this campaign, it is set at CFA15 million and, CRTV, the national TV channel informs that only three parties agreed to collect these funds. These parties are namely RDPC of the current president Paul Biya, Joshua Osih’s SDF and Univers of Cabral Libii.

For MCNC of Ndifor Frankline,  Serge Espoir Matomba’s PURS, Akere Muna’s FPD,  MRC of Maurice Kamto and UDC, such amount is an insult.

“We think that such amount is an insult. Political parties made a security deposit of CFA30 million each and are given CFA15 million. In short, they are given half of the amount they paid. With CFA15 million, you can not even organize a meeting”, Paul Mahel, Akere Muna’s spokesperson said."

Political analysts are waiting to see whether Alliance pour la Démocratie et le Développement (ADD) will agree to the aid. However, an analyst thinks that the party will take the money. The expert further explained that he wishes the opposition parties will unite against the decision.

Let’s remind that the electoral campaign will be officially launched on September 22, 2018, and the presidential election held October 7, 2018.