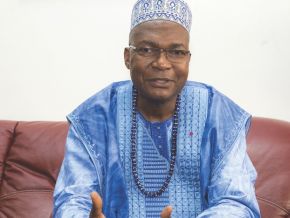 No, Cameroon has not abandoned the construction of roads in Yaoundé because it will not organize AFCON2019

The construction of Etam Bafia, Essos, Olembe and Omnisports roads are said to be abandoned by the government. Really?

In Cameroon, some people claim that the government will abandon the construction of infrastructures that should have hosted the AFCON2019 whose organization has been withdrawn from it by the CAF. This is not true, however.

Indeed, on December 14, 2018, residents of Etam Bafia in Yaoundé, were visited by the minister of housing Jean Claude Mbwentchou who went there to ensure that Arab Contractors, the firm in charge of the construction of roads launched in the framework of the AFCON2019, is accelerating the works.

"Jean Claude Mbwentchou, who made an impromptu visit, wanted to ensure in situ that the companies working on the field in Yaoundé will strive to facilitate the mobility in the country, especially in these pre-festive periods when there are already many jams on roads", the ministry of housing informed. Arab Contractors’ managers promised that the works would not be stopped.

Jean Claude Mbwentchou also visited many construction sites (Essos, Olembe, Omnisports) and seeing that works were ongoing, he called on the managers of the companies and supervisors to accelerate the pace of the works. He also reminded that the government would respect its contractual commitments despite the fact that it would not organize the AFCON2019.