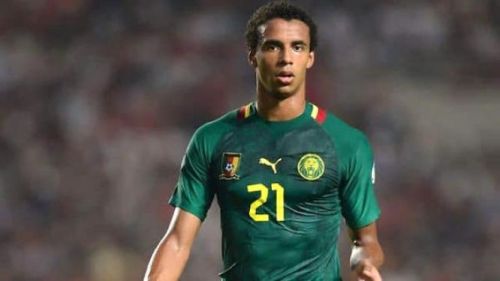 No, Joel Matip hasn’t confirmed his return to the national football team

Some people claim that the Liverpool defender confirmed his return by giving the minister of Sports a signed ball. Is it true?

Joel Matip back with the Indomitable Lions? At least that's what some people say. The rumor came up following the audience granted last Monday to the player's father by the Minister of Sports and Physical Education (Minsep), Narcisse Mouelle Kombi, in Yaounde. It has been fanned by some local and foreign web media who are hinting at the possibility of the Liverpool defender's return home, after leaving the national team since the 2014 World Cup loss in Brazil. However, this information is not true. At least not at the moment.

The truth is the audience was aimed at convincing the 28-year-old to return to the Cameroonian team. A move that comes ahead of the coming African Cup of Nations (AFCON) in 2021, which will be hosted in Cameroon. "I met with Mr. Jean Matip, father of the international footballers Joel and Marvin Matip, who gave me as a symbolic gift from his son Joel Matip, a ball signed by him," wrote Narcisse Mouelle Kombi in a post published Tuesday on his Facebook page.

"In return, I sent him my congratulations for his remarkable performances in his club, Liverpool FC, with whom he was crowned European champions in 2019. Finally, I reminded him of all the love and hopes the Cameroonian public has for its son Joel Matip as an Indomitable Lion," continued the minister.

Contrary to what some people believe, the autographed ball given to Minsep by Jean Matip in the name of his son Joel is not the guarantee of his comeback to the national team. Born to a Cameroonian father and a German mother, Joel Matip made 21 appearances for the Indomitable Lions, scoring one goal. He was elected as a member of the 2019 African Team of the Year by the African Football Confederation (CAF).