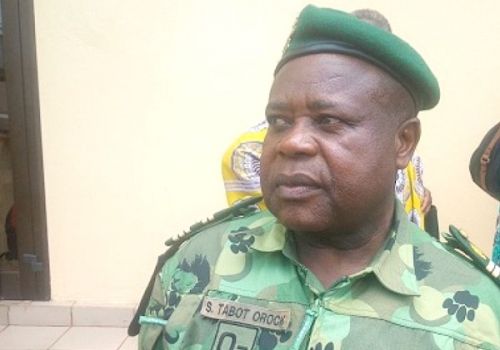 Yes, a commander of the Cameroonian battalion was relieved from the MINUSCA

This was decided after an investigation into the actions of the Cameroonian battalion of the United Nations Multidimensional Integrated Stabilization Mission in the Central African Republic.

Has a Commander of the Cameroonian Battalion been relieved from the United Nations Multidimensional Integrated Stabilization Mission in the Central African Republic (MINUSCA)?

This question remains without a clear answer.

After investigations, it has been revealed that a Cameroonian commander was indeed relieved of his duties in MINUSCA in January 2020. Sources at the Ministry of Defence (Mindef) confirmed that it was Colonel Tabot Orock Samuel who was relieved, on 14 January 2020, by Minister Joseph Beti Assomo.

"This decision follows the many dysfunctions noted in the conduct of the Battalion," the Mindef said without further details. This is also a matter of international military security. The senior officer has been replaced by Commander Awono Louis Thaddée, second in command. He will serve as interim commander of the battalion.

"The Minister of Defence has instructed a mission as soon as possible in the CAR, to take stock of all grievances against the contingent and propose appropriate measures against offenders," said our source at the Ministry of Defence.