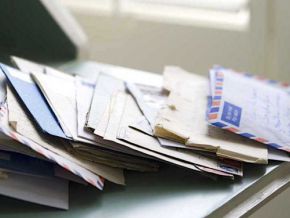 It seems that fake stamps are being sold in Cameroon

According to messages going around on social networks, some civil servants in charge of postage meters have created a parallel network of fake stamps.

The alert was raised on social networks. “Be extremely cautious when paying to have your documents stamped. Make sure that after the 3rd zero the digits 1000 are legible as in 0001000 and not 0000000. Be aware that these less than honest employees will not point it out to you just to pocket the money at the end of the day”, several internet users have shared.

When contacted, the Senior Management of the Treasury (DGT) confessed that “It is possible that individuals chose to defraud consumers by franking fraudulent stamps”. DGI thus advises all to remain cautious and urges victims of fake stamps to denounce the culprits.

A reliable source reminds that in 2010, following denunciations, au audit mission from the Treasury’s senior management found, after basic estimates, losses of FCfa two to three billion in the accounts of the Littoral I Tax Centre, due to the operations of a parallel postage meter network.

But, back then, reveals the source within DGT, the method used by the fraudsters consisted in declaring a postage meter as “out of order” while the same machine issued stamps in other service units. And the money generated was shared between the members of this fraudulent strategy. “The final results of the investigations were not made public”, regrets the DGT manager.