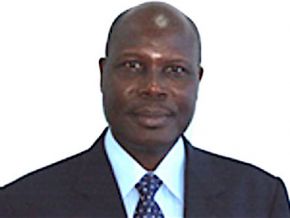 Was Antoine Pamboro, MD of Vodafone Cameroun arrested by the judiciary police?

According to the rumour, he committed criminal acts.

Between 14 and 15 June 2017, rumours reported the arrest of Antoine Pamboro, Managing Director of Vodafone Cameroun, a telecom operator. Contacted, Mr Pamboro assures that he was not arrested by summoned for interview by the local Bonanjo Brigade, in Douala. “The gendarmerie released me and some colleagues”, he explained on 19 June.

Indeed, on 14 June, the gendarmerie Commander Fek Zamba signed a message whose subject was: “Wanted notice”. “There is cause to actively search in your respective areas for Lors Stork, Antoine Pamboro and Wilfried Sama, with any other precision. The concerned parties are facing legal proceeding for money laundering, providing funding to terrorism in Central Africa, fraud related to the exchange rates legislation, forgery of personal and professional documents against Mr Ibrahim Zakari operating on behalf of Mrs Halimatou Hassana, Manager of the company Northwave Sarl”, once could read on the warrant.

Pamboro confirms that he went to meet the investigators on 15 June and at the end of his interview, another message was signed by Commander Fek Zamba.

Subject:  end of search. The document indicates that « all searches for Lors Stork, Antoine Pamboro and Wilfried Sama, with another other precision. The concerned individuals presented this day are remanded on the order of the prosecutor of the Bonanjo District Court”.

“We consider that this type of accusation seriously undermines the image and reputation of our company and we will take measures against the people at the origin of this sabotage campaign against our company. I however would like to reassure that these allegations are unfounded”, commented the MD of Vodafone, LTE broadband internet provider in Cameroon since 2016.