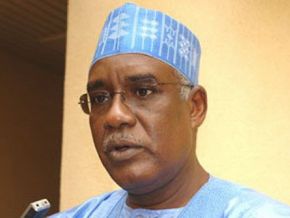 A post being shared by users is claimed to have been posted by the former general secretary of the presidency. It is true?

There are fake Facebook accounts using the former general secretary of Cameroon's presidency’s name. The account “Marafa  H. Yaya” is one of such accounts and its posts are spreading confusion. Indeed, a post was made via the account lamenting on the supposed sickness of Marafa Hamidou Yaya, his year of imprisonment, and his family. Many users thinking that it was made by the real Marafa Hamidou Yaya shared the post.

Yet, the official’s real Facebook account is Marafa Hamidou Yaya, with more than 30,000 subscribers. The last post made by the official was on January 1, 2019, and, it was a new year wish. His posts are usually shared by hundreds of users.

“The Marafa H. account is indeed not his”, said a journalist used to the public audio messages published by Marafa Hamidou Yaya.

The official is detained in Yaoundé at the state secretary of defence. He has been sentenced to 25 years imprisonment by the Tribunal criminel spécial-TCS-, a special criminal court, for cooperating in the diversion of XAF 24 billion that was to be used to buy a new aeroplane for the president’s travels. In May 2016, his sentence was reduced to 20 years by the supreme court.