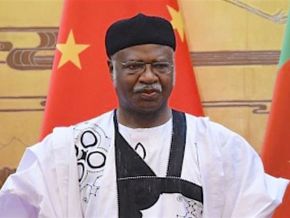 No, Philemon Yang was not injured during the road accident !

According to the rumor, the prime minister is in critical condition.

Since the evening of August 22, 2018, a wild rumor has been circulating involving Cameroon’s prime minister Philemon Yang. According to the rumor, the prime minister had a road accident. Some people even claim that he is in a critical state.

But no, truth is, in the afternoon of August 22, 2018, the prime minister’s convoy struck a car at Emana Village at the entrance of Monatélé.

The car’s occupants (three including the driver, his wife, and child) were seriously injured however, the prime minister is safe and sound. The injured were taken to a hospital. By 7 PM, the wife, who recently graduated from the national sport and youth center, died from her injuries.

According to an eyewitness, "the husband was driving. Because of a wrong turn, the car was taken aback by the minister’s convoy coming ahead. It was already late. The Corolla (the injured man’s car) was struck and tumbled. Unfortunately, the worst has happened".

Credible sources at the prime minister’s office indicated that immediately after the incident, Philemon Yang paid the family’s medical expenses.