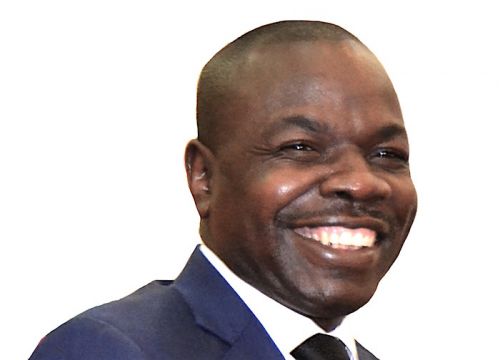 As soon as election results came out Monday 22 October in favor of candidate Paul Biya, the CEO of the L'Anecdote press group (including Vision 4 television, Satellite FM radio and the newspaper L'Anecdote) was in euphoric mood. “Around 3 p.m., he invited all employees to join him in the building lobby and made a huge announcement,” says a journalist employed by Satellite FM Radio.

An ecstatic Jean Pierre Amougou Belinga promised a 10% increase in the staff salaries. “The guard included,”  the journalist said.

Also “an exceptional bonus of CFA25 million will be distributed immediately to everyone,”  he added. The CEO's comments were broadcasted on the 8pm Vision 4 newspaper.  It started from the 21st minute via this link https://www.youtube.com/watch?v=ViYaxm4gpDg

“We help grow institutions. And President Biya is the first institution,” explains Amougou Belinga, who is known as a supporter of the ruling CPDM. “The president has been elected and we will continue to grant him our full support, till the end,”  the businessman says.

The celebration ended October 22 at L'Anecdote with a feast. As a reminder, the Constitutional Council proclaimed Paul Biya's victory with 71% of the votes.