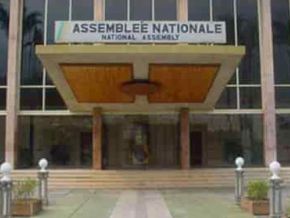 Even Cameroon’s deputies were wondering if they will have to stop November 2017 budget session due to the fire outbreak in the national assembly that happened in the night of November 16.

Thankfully, Victor Yene Ossomba, secretary general of the national assembly, reassured them saying that the executive committee has decided to continue the budget session in order to approve the national budget within the statutory timeframes.

He explained that pending the conclusions of technical services about the usability of the two committee rooms which were burnt, the remaining rooms will host parliamentarians’ activities.  Moreover, measures have been taken to strengthen the safety inside and around the national assembly but also at Hôtel des Députés.

Indeed, on Thursday, November 16, 2017, at night, there was a fire outbreak in the main building which hosts the general secretariat. The cause of this fire outbreak is still unknown.

During the blaze, the 4th, 5th, 6th and 7th floors which host the offices of hon. Etong Hilarion, the 1st vice-president, and hon.  Kombo Gberi, the vice-president, the parliamentary group SDF, the services of the general secretary, those of the executive management and the finance department were completely destroyed.