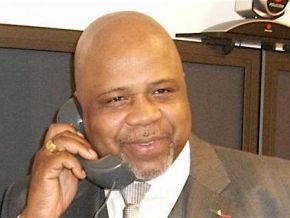 Did the two opposition parties which were together since 1997 split?

This is not a hoax as many people thought. On January 16, 2018, Célestin Bedzigui, president of Parti de l'alliance libérale (PAL) said in a statement that he has ended the political alliance his party has signed with UNDP (Union pour la démocratie et le progrès) on January 5, 1997. He addressed the statement to Bello Bouba Maigari, president of UNDP.

According to Bedzigui, the aim of this alliance was to complement the establishment of those two political groups and specific experience and expertizes in the preservation of a political line attached to the promotion of economic prosperity which is the primary field of PAL. “Unfortunately, over the long term, it seemed that his partner Bello Bouba Maigari has chosen to be a mere observer. This has created a deep political divergence between the two parties. Instead of agreeing for a political evaluation of that divergence, Bello Bouba has chosen the illegal solution which is separation”, PAL’s president wrote.

Bedzigui said that he went to court but they repeatedly rejected the case for more than a year. “It is at the end of a long and patient expectation that we have decided to end our alliance, this, after consultation with the thirty members admitted at the political bureau, the central committee, the women and children governing body, during the alliance”, the president explained. According to him, PAL is now free politically. In the coming days, it will set a management team which will comprise youth mainly with a particular attention on gender balance during meetings which will take place soon.