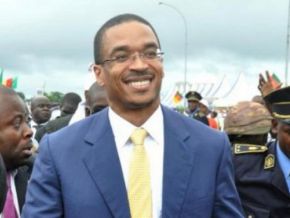 It is that the company of Paul Biya’s son, Franck, is under liquidation

According to rumors, the auction of equipment belonging to the company Ingénierie Forestière could take place this year.

A rumour has been going around recently by word of mouth about the company “Ingénieurie Forestière” owned by Franck Biya, son of the Cameroonian President, Paul Biya.

Confirmation was given on 20 March 2017 by the liquidation trustee of said company, whose headquarters are located in Yaoundé. Based on the document signed by Jean Claude Ebe Evina, financial expert, the trust will indeed sell through public auction the equipment of the “defunct company”. This will be at the “Nsimalen Aéroport de Yaoundé” sawmill, on 27 April2017.

The equipment will be sold in several lots. The first lot will be comprised of the installations (depots, buildings, dryers, trimmers…). The others concern the mobile machines (Caterpillar) and material (4x4 vehicles, trucks). Bids, according to Mr Ebe Evina, will start at FCfa 1 million below the previously set reserve prices.

The son of Paul Biya from his first marriage, Franck Biya, 47, is presented by his close entourage as a businessman. But his only company known to date, Ingénierie Forestière (ING-F), managed by his friend Christian Mataga, finally went bust. ING-F was created in the early 2000’s with a capital of FCfa 1.5 billion.