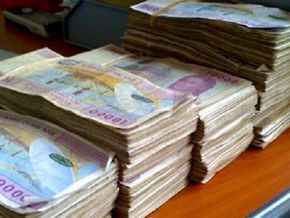 It is said that some members of government and other comparative positions have already been the victims of money thefts in their own residences.

As the legend goes, one indicator that important people keep huge sums of money in their own homes is a complaint lodged by André Mama Fouda, Minister of Public Health, in April 2015.

Indeed, on 17 April that year during the night, he was victim of burglary. If the government member remained rather silent on the amount taken, he revealed that the money stolen has been raised by the Mfoundi elites’ Association for mutual support and solidarity. This with the goal of bringing financial support to the State at war against the sect Boko Haram since 2013. Indiscrete whispers say that it was FCfa 300 million.

Even worse, in 2012, the press revealed a prior fact. Still at the house of the Minister of Health (Minsanté). According to police sources, it was on 14 May that the former Director of Maetur filed a complaint at Yaoundé numero 3 central police station against three people in his household staff for repeated thefts. On 28 May, Ernest Ndzié, cook, Audrey Moukolo, gardener and Jean Letni, housekeeper, as well as his spouse who does not however work at the Minsanté’s residence, were held in by the police. A piece of information never denied by the government member.

Apart from André Mama Fouda, the press also revealed that in 2010, Gilbert Tsimi Evouna, government delegate to the Urban Community of Yaoundé, was also the victim of a burglary: Over FCfa 300 million snatched. As the police carried out investigations, it appeared that it was one of the sons of the delegate, whose name is Willy, who stole the money. Revelations made by the driver of Tsimi Evouna.

The latter, going by the name Essomba, aware of Willy’s thefts, kept silent in return for compensation from the man himself. Not wanting to have his son arrested, Gilbert Tsimi Evouna instructed investigators et set up everything to have the charges dropped.