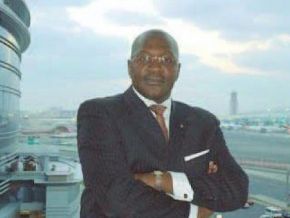 It is true: Government Officials used to travel without flight tickets!

On July 20, 2018, in Douala, while presenting the half-year results of Camair-Co for the 2018 financial year, Ernest Dikoum, director of the Cameroonian public airline company, briefly reminded an old story experienced during the days of Camair, the ancestor of the current Camair-Co. Indeed, it is said that in those days, some high officials and ministers would travel without paying for their flight tickets. According to the director, this information is true.

“At Camair-Co, there were rumors claiming that Cameroonian ministers and high officials used not to pay their flight tickets.  Actually, the flight tickets are printed for a purpose”, he said before adding that “Nowadays, the ministers pay for their tickets. Even the transport minister,myself, or someone under my care is traveling, I pay for the ticket”.

Let’s note that Camair went bankrupt in 2005 with debt estimated at more than CFA50 billion. The audit ordered by the government revealed that the major part of that debt was due to some civil servants not paying for their flight tickets.