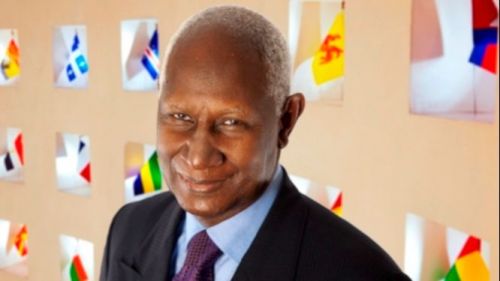 According to rumors, Abdou Diouf passed away in Paris, France. Is it true?

“Abdou Diouf has passed away.” This is the translation of the title of a French article published on July 16, 2019.

Many people who were not careful enough to read the whole article started spreading rumors about the death of Abdou Diouf, former Senegalese president.

There were various condolence messages in Whatsapp groups followed by the acronym RIP, short for Rest In Peace.

Truth is, the article was published to disprove the rumor indicating that the former president passed away on July 16, 2019.

Proof that he is not dead is that on July 19, 2019, with his wife, he went to express condolences to the families of Ousmane Tanor Dieng, late president of the high council of territorial authorities. Obviously, he couldn’t have died on July 16, and be present at a ceremony on July 19 unless it is a ghost story, which is not the case here.