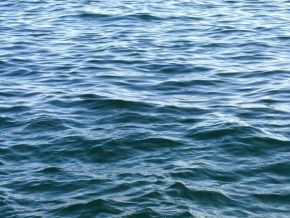 Are the pictures of the Bir soldiers that died at sea to capsizing reliable?

Three pictures showing the extraction of bodies of Bir soldiers that died last Sunday in a shipwreck. Are those credible?

You may have been informed that last Sunday, on July 16th, a rapid intervention batallion (bir-Cameroun) capsized off the shores of Debunsha. According to a press release issued by Joseph Beti Assomo, minister delegate at the Presidency, in charge of defense, three soldiers died in the incident and 34 others are missing.

Following the tragedy, some published two days ago pictures allegedly showing “the operation to fetch the bodies of the soldiers that died in the shipwreck”. The images are nothing but fake. They date from 2014 and have nothing to do with the National Marine’s Compagnie des Palmeurs de Combat de Limbé (COPALCO), which various press articles refer to.

A quick search on google shows a picture of the Bir at sea with bodies floating on the following link : http://armandtientcheu.blogvie.com/. It illustrate an article about terrorist group Boko Haram and is captionned with the words: “For those that the devil tries to lead astray… this is what awaits them…!!!...BIR crushes the ‘Thing”, Boko Haram.

Another fake picture of the “extraction mission” shows men in swimming combination under the sea. This is just an illustration of an article released in 2014 on a random website. All are fakes. While awaiting another press appearance of the minister delegate at the Presidency in charge of defense, it is assumed that the search for the missing soldiers of the “Mundemba” ship is still going on.