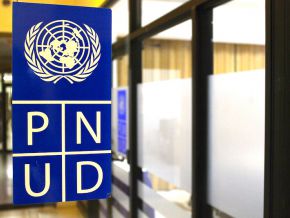 Some believe UNDP Canada is hiring personnel in Cameroon!

It is said that the organization is hiring 15,000 people who would work in 20 various sectors.

Concerning the proceeding methodology of the scammers, once the job seeker send his or her application for a certain position, insurance fees amounting to CFA39,800 are asked and they are to be sent to Benin, to a “consultant accredited by UNDP Quebec” via Western Union or Money Gram. The receiver’s name is a man named Lucien Dassi.

Alerted by the scheme, UNDP Cameroon, in a statement released on August 21, on its website and Facebook page, declined all responsibility in the event of theft resulting from the scam. It also issued a warning to all individuals attempting to use its name to criminal ends. It highlighted that it does not collect any fee for hiring, neither does it pay or receive any individual check (via MoneyGram, Western Union or any money transfer medium). Finally, no bank details is required during the hiring process, no reward of any sort, including money or awards, is given out throughout the process, not by mail, fax, post or lottery.

This said, UNDP Cameroon urged all those that fell for such scams to contact competent authorities for appropriate action to be taken.