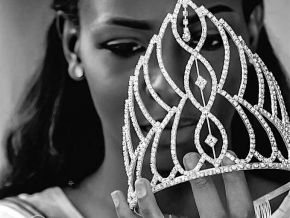 Is it true that there will be no Miss Cameroon contest in 2017?

Unlike in the past years, it is said that the event will not take place this year.

We are currently in August and the contest which was announced for July 8, 2017, is yet to be seen. Truth is, the 13th edition of the Miss Cameroon contest will finally be held on December 30, 2017.

The winner of the contest, even if it is held at the end of this year, will hold her title throughout 2018. The current title holder, Michelle Minkata Akono, thus kept it for 2016 and 2017. Strange thing is that she was elected as 4th runner-up during the finals of the previous edition of the event, on July 30, 2016.

How? Well, the youth got the crown after Julie Frankline Cheugueu, who had actually been elected as queen in the finals, was suspended following serious arguments with the organization committee of Miss Cameroon (Comica). Though she was not actually elected as the country’s most beautiful, Michelle Minkata Akono, will still run for Miss World 2017.

Indeed, it was announced on the official Facebook page of Miss Cameroon that “the next Miss World edition will be held from October 16 to November 18, in Singapore and Sanya, China” and “Cameroon will indeed be represented by Minkata Akono Michelle, Miss Cameroon 2016/17, our actual beauty queen and Youth ambassador”.