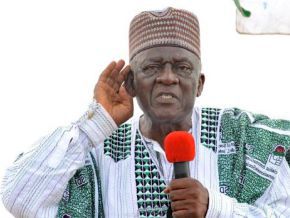 Has the national executive committee of SDF selected a candidate for the 2018 presidential election?

Some media claim that the opposition leader Ni John Fru Ndi has been excluded from his political party. True?

Ni John Fru Ndi has not been excluded from his political party Social Democratic Front (SDF), not yet at least.  Indeed, unlike what has been announced by some media, the party’s committee has not selected a candidate for the 2018 presidential election. So, the opposition leader Ni John Fru Ndi remains in the race.

What is most, the man who is called chairman has announced that he will later be the president of SDF. This means that the retirement that some party members which will not happen soon. Moreover, the man has no challenger.

Indeed, before the conference held on January 20, 2018, in Bamenda, in prelude to the national conference, to be held in February 2018, Fobi Nchinda Simon and Felix Teche Nyamusa were presented as potential candidates but they renounced. “The outgoing president being the only candidate to his own succession, he will still be the candidate for chairman in the Northwest during the coming congress” a party high-ranking official explains. A news which comes to definitely destroy the aspiration of those who wish to dethrone the chairman who has been the founder and leader of SDF since 1990.