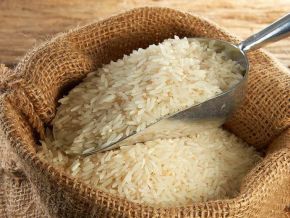 Yes, the prices of rice and mackerel have increased

According to social media posts, the prices of these staples have increased. Yet, the national consumer association is claiming that this is not the case. Who is right?

Many social media posts indicate that the prices of rice and fish have increased in local markets. These posts sparked controversial discussions due notably to a release published by the national consumers' organization which claimed that there was no increase in the price of these products.

In fact, the price of these products has changed. The main changes were observed in the price of "riz 25%" (the most consumed) and "riz 5%". The retailing price of riz 25% is XAF330 per kilograms in Douala while in Yaoundé, it is XAF350.

As far as fishes are concerned, the notable price increase is for the maquereau 20+ whose kilogram is now sold to the final consumer at a price comprised between XAF1,000 and XAF1,200 depending on the size and shape of the said fish.

These new prices were elaborated in conjunction with the minister of trade as well as rice and fish importers on March 20, 2019, in Yaoundé to stop the rising prices of products that were accentuated recently.

"It was essential to set the prices in coordination with operators," the trade minister Luc Magloire Mbarga Atangana indicated in statements published by the national daily Cameroon Tribune.

According to the trade minister, “all the products are available to cover the normal supply of the market in the three to four coming months.” He also indicated that permanent controls would be carried out by the ministry’s agents to ensure the effective implementation of those prices with zero tolerance to cheating and also end speculation.