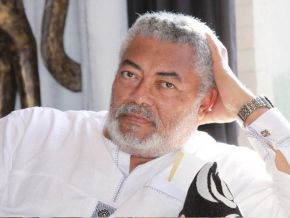 This claim is drawn from a report on Radio France International (RFI) during the week 16 to 22 January 2017.

The office of Jerry Rawlings, former President of Ghana (7 January 1993 - 7 January 2001) published a communiqué on 22 January 2017 to draw attention “to a false report” on Radio France International (RFI) alleging that he spoke about the situation in Gambia and purportedly invited ECOWAS (Economic Community of West African States) to put pressure on the African Union “to send troops to Cameroon to overthrow the president [Cameroonian] Paul Biya”.

Ex-President Rawlings, hammered in the communiqué published by his office that he had not granted any interview to any local or international media on the subject and that he strenuously condemns “the attempt by RFI to tarnish his reputation with such a lie”.

“The former President is known for his role in conflict resolution in the sub-region and beyond and any attempt to attribute false declarations on serious questions of international diplomacy is reckless, immoral, unprofessional and slanderous”, insists the communiqué signed by Kobina Andoh Amoakwa, Director of Communications in Mr. Rawling's office.

The office concludes : “All media who publish the lie about former President Rawlings should take note that immediate legal action will be taken against them for such fabrications”.