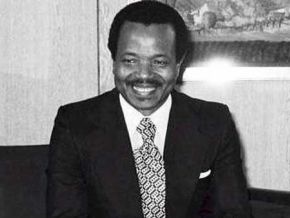 To justify the impact of the youth, one recalls the age of the president when he entered government. Is it well-founded?

Those who criticise the advanced age of certain bigwigs in the Yaoundé regime would do well to  remember that certain among them started very early in the high echelons of the administration. When the Sunday debaters wish thus to promote the youth at the highest level of the state, they highlight that Paul Biya was appointed Minister when he was less than 30 years old. Which is true.

Indeed, when he was designated Minister Delegate at the Presidency in 1962, the man of the New Deal was only 29 years old. He was then the  newly arrived from France with a degree in public Law obtained from the l’Institut des Hautes Études d’Outre-mer. A career path plotted point by point on the website of the President of the Republic. One reads there that after two years at the Presidency, he was made Chief of Staff to the Minister of National Education. We are in 1964 and the man was still only 31. His rise continued.

In 1968, he was appointed to the very strategic position of Secretary General  to the Presidency of the Republic which he combined with that of Director of the Cabinet Office. Paul Biya was 35 years old when he cut his teeth in the Ahmadou Ahidjo government. He became his Prime Minister in 1975 at the age of 42 years. And on 6 November 1982, he took over the top job after the resignation of his predecessor. He was 49 years old. Today, the youngest ministers in the government of Paul Biya are older than 45, among them Koulsoumi Aladji Boukar (49 years), State Secretary to the Minister of Forests and Wildlife, Alamine Ousmane Mey, Minister of Finance (MINFI), 51 years.