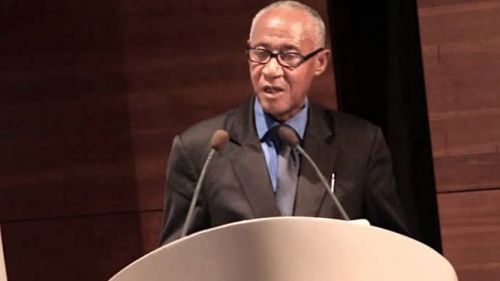 No, Honourable Lazare Souop has not resigned from the MRC to join the SDF

Many social media posts announce the honourable's resignation from the MRC. Is that true?

Since November 23, 2019, a rumour has been circulating that deputy Lazare Souop has resigned from his political party, the Cameroon Renaissance Movement (MRC). According to numerous Facebook and Whatsapp posts, the MRC's sole parliamentarian distanced himself from the party led by Maurice Kamto to join the Social Democratic Front (SDF), another opposition party.

“Finally. Honourable Souop Lazare turns his back on the cult. The one and only MRC’s MP is freeing himself from his guru and his pernicious MRC sect,” many Internet users have argued. A message accompanied by a picture of Lazare Souop, shaking hands with Ni John Fru Ndi, chairman of the SDF.

When contacted, MRC’s executives “formally” denied this information. “It's a crude fake,” says a member of the MRC's board of directors. As he explains, “this weekend in Yaoundé, Honourable Souop took part in the work of the investiture committee that will review candidates for the dual legislative and municipal elections on February 9. There was no mention of any resignations whatsoever.”

Elected from the Douala 3rd district in the Littoral region, Lazare Souop also challenged these “allegations.” “I did not resign from my party for the SDF. What will I do to at the SDF?  I am from the MRC,” he said. For the former mayor of Douala III, this fake-news “is the work of the illusionists, of my opponents who thought they could discredit me with my party and probably take my place. These are political calculations.”