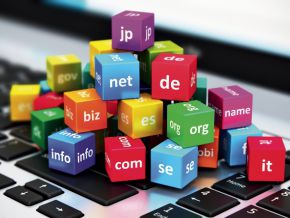 Cameroonians apparently give the cold shoulder to the “.cm” domain name

The National Information and Communication Technology Agency (Antic) certainly noted a jump (180 in 2009 against 135,671 in 2016) in the number of “.cm” users but it points out that this number is below the potential of this national domaine name extension.

How could this lack of enthusiasm from Cameroonians for “.cm” be explained when the registration fee does not exceed FCfa 7,000? According to Eric Josué Boumndjel, Littoral and South-West Regional Bureau Chief at Antic, “.cm” suffers from prejudice. “I think there is a trust issue; it is not only in telecommunications. Many Cameroonians feel that foreign products are better than local ones”.

Antic notes that the close resemblance between “.cm” and “.com” for example, de facto creates a risk of cybersquatting but that the registration of this Cameroonian domain name could be interesting in a defensive strategy if a website is passing for an official website or to attract traffic due to typographical errors.

Antic however confesses that the modicum of interest in using “.cm” is the result of a bad marketing campaign which suggested that it was one of the most vulnerable domain names in the world. Which is not true.